Dr. Baburam Bhattarai born 26 May 1954 is a communist politician and former Minister of Finance of the government of Nepal. He is a senior Standing Committee Member of the Politburo of the Unified Communist Party of Nepal (Maoist), which began fighting a revolutionary People's War in Nepal in 1996 that changed the political system in Nepal from a monarchy system into republican system. He was elected to the Constituent Assembly from Gorkha in 2008 and became Finance Minister in the Cabinet formed after the election. 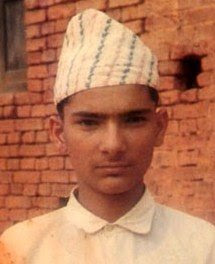 Early childhood:
Baburam Bhattarai was born in a village called Belbas in Khoplang VDC of Gorkha District. He was born in a middle class peasant family. He has three sibilings; one elder sister, one younger sister and one younger brother. He completed his secondary school education from Amar Jyoti Janata Secondary School in Luintel, Gorkha, also known as Luintel School. It is coincidence that during the people's war, his younger brother who works in Nepal electricity authority, was arrested many times in place of him 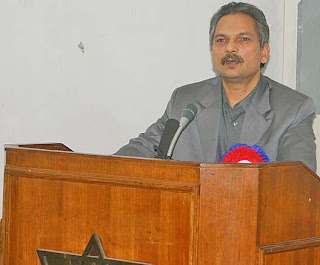 Academic Life:
Bhattarai had the highest score (national topper) in the national School Leaving Certificate (SLC) in 1970. In 1972, he was a national topper in the Intermediate Science exams (I.Sc.) .
He received his Bachelors in Architecture (Honors)in 1977 from Chandigarh under the Colombo Plan Scholarship. “He had been an outstanding student,” says Lieut-Col I.J.S. Bakshi (retd), Principal of the college. Some of his classmates from that time who later came to professional prominence in India appraise him as a friendly, intelligent and dedicated team worker. It was during this time he became the founding President of All India Nepalese Student's Association. This organization ended up becoming his first step towards building his academic interests outside the field of architecture.
"Bhattarai was a brilliant student all his life—‘There isn’t an exam in my memory he did not top,’ says one of his teachers. Bhattarai went to the Delhi School of Planning and Architecture for an M.Tech degree. This is where he fell in love with Hishila Yami, daughter of a prominent Nepali family, and married her."
He completed his PhD degree from Jawaharlal Nehru University (New Delhi)in 1986. His Ph.D. thesis was later published as a book "The Nature of Underdevelopment and Regional Structure of Nepal- A Marxist Analysis". He has left strong impression among professors who came across his academic path. Prominent Indian intellectuals like Prof. S.D. Muni referred to him as an "uncompromising ideologue and leader" and kept soft corner on his activities throughout his underground years in Nepalese politics. Similarly, the image of a brilliant academician that he had left in India and an articulate writer he is, he was able to influence the opinion of Indian media and intelligentsia though his writings. 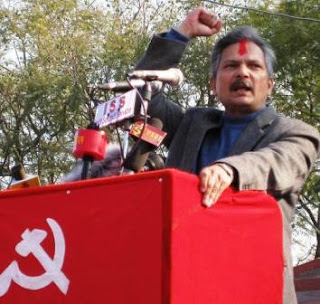 Political career:
Dr.Bhattarai became politically active during his student days in India. In 1977, he founded the All India Nepalese Students Association. He became active in the Communist Party of Nepal (Masal). As a prominent leader of CPN(Masal) he was the spokesperson of the United National People's Movement during the 1990 uprising. In 1991 he and a group around him broke away from CPN(Masal) and joined the Communist Party of Nepal (Unity Centre).
Dr. Bhattarai then became the head of the Samyukta Janamorcha Nepal (United People's Front Nepal) - the political front of the Communist Party of Nepal (Unity Centre) - in the parliament. When CPN(UC) split in 1994, Bhattarai sided with the hardline section (which later took the name CPN(M)), and he became the leader of the parallel SJM led by the Maoists.
Dr.Bhattarai became known throughout the country after the beginning of the Nepalese People's War due to frustration over continuous anti-democratic anti-people policies enforced by the monarchy through the constitutional monarchy system. 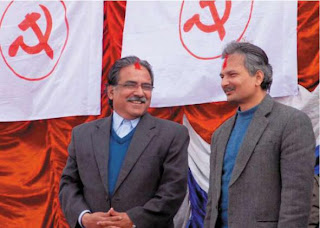 In early 2005, Bhattarai was reportedly demoted within the Maoist ranks as a result of an internal party dispute about the prominence of Chairman Prachanda. Although he did not use the phrase, the substance of Bhattarai's complaints were that Prachanda was building a cult of personality around himself. Prachanda countered that Dr.Bhattarai was merely resentful of the decline of his own prominence However, in July the same year, he and Prachanda reportedly worked out their differences and Baburam's position was restored. Bhattarai was the Head of the International Department of the Party for a time and Convener of United Revolutionary People's Council, Nepal, an embryonic Central People's Government Organizing Committee.
In the April 2008 Constituent Assembly election, Bhattarai was elected from Gorkha constituency-2 by an overwhelming margin; he received 46,272 votes, almost 40,000 votes more than his nearest rival, Nepali Congress candidate Chandra Prasad Neupane. When a government, headed by Prachanda, was eventually formed following power-sharing discussions, Bhattarai was appointed as Minister of Finance and sworn in on August 22, 2008. 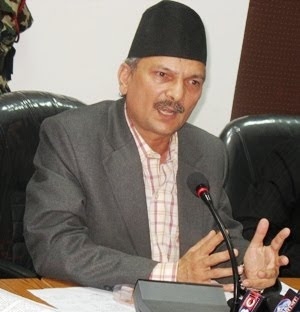 First Finance Minister of Republic Of Nepal:
Dr.Baburam Bhattarai became the first Finance minister of the republic of Nepal under the Maoist led government. He proved himself as the first finance minister who dramatically succeeded in achieving the financial target declared by the government. He is also known as a dedicated personality in his work who makes his dream come true. The achievement of Finance Ministry in the fiscal year 2009/10 is one of the success that counts the strength of Maoist led government. He produced a large scale budget plan for the first time in the economic history of Nepal which was termed highly ambitious by other political parties that was not possible to achieve. Dr. Baburam Bhattarai showed his caliber after successfully meeting the revenue collection target of the first government of Republic of Nepal.He was in a great pressure to prove the Maoist government because it was his agenda that the Maoists should lead the government and work in a different political situation instead of continuing the "people's war". 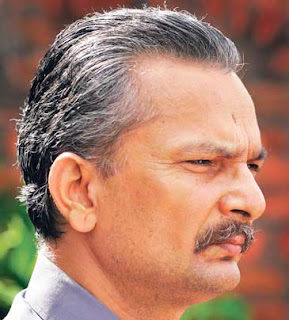 Publications:
Bhattarai has contributed a number of published works, including The Nature of Underdevelopment and Regional structure of Nepal: A Marxist Analysis (Adroit Publishers, Delhi, 2003) which is a cursory rewriting of his PhD thesis. Other works include Politico-Economic Rationale of People's War in Nepal (Utprerak Publications, Kathmandu, 1998), and Nepal! krantika adharharu (in Nepali) (Janadisha Publications, 2004). His books and articles were able to attract the attention of all the people of Nepal and abroad as well. Among his many well read newspaper articles is "Let’s Give No Legitimacy to the Beneficiaries of the New Kot Massacre"written in the aftermath of Palace Massacre of 2001. Similarly, it is widely believed that he is the principal author of the most successful Election Manifesto brought out by Communist Party of Nepal (Maoists) in March 2008 in preparation of the Constituent Assembly Election held in April 2008.

Reviews are not available yet. click here to add your review